There is much mystery surrounding the story of Peter’s denial of Christ. Why did he do it? What was going through his head at the time?

Bible scholars and theologians have long debated these questions, and we may never know the answers for sure. But that doesn’t mean we can’t explore some possible explanations.

In this post, we’ll take a look at the possible reasons behind Peter’s denial of Christ and see what lessons we can learn from it.

The Prophecy of The Denials.

From the Bible, we know that Jesus prophesied that Peter would deny Him three times. This prophecy is found in all four of the Gospels.

In Matthew 26:34, Jesus says to Peter, “Truly I tell you, this very night, before the rooster crows, you will deny me three times.”

This shows us that Jesus was well aware of what was going to happen. He knew that Peter would deny Him, but He still chose him to be one of His disciples.

Again, in Mark 14:30, Jesus tells Peter, “Truly I tell you, today—yes, tonight—before the rooster crows twice, you will deny three times that you even know me.”

Mark’s Gospel emphasizes the immediacy of the prophecy. Jesus is saying that this will happen the same night that He is speaking.

In Luke 22:34, Jesus says to Peter, “I tell you, Peter before the rooster crows today, you will say three times that you do not know me.”

And Finally, in John 13:38, Jesus tells Peter, ” “Will you really lay down your life for me? Very truly I tell you, before the rooster crows, you will disown me three times!”

So we can see that all four of the Gospels record this prophecy. And they all emphasize that Jesus knew what was going to happen and when.

Of course, Peter couldn’t believe that he would ever deny Christ. He was so sure of himself that he even spoke up to defend Jesus.

Even when the guards and Judas arrived to arrest Jesus, Peter was still confident. He drew his sword and cut off the ear of one of the guards (John 18:10). He was confident that he would never deny Christ.

What Happened in Each of The Three Denials?

Now that we have a basic understanding of the Prophecy that Lord Jesus Christ made, let’s explore what actually happened in the denials and how Peter responded to each one.

The first denial took place in the courtyard of the high priest.

In Matthew 26:58, we read, “But Peter followed him (Jesus) at a distance right up to the courtyard of the high priest.”

And in Mark 14:54, we read, “Peter had followed Jesus from a distance and had entered the courtyard of the high priest.”

We see that Peter followed Jesus to the courtyard but then stopped at the entrance. He didn’t go inside where Jesus was being interrogated.

It was here, in the courtyard, that Peter’s first denial took place.

In Matthew 26:69-70, we read, “Now Peter was sitting out in the courtyard, and a servant girl came to him. “You also were with Jesus of Galilee,” she said. But he denied it before them all. “I don’t know what you’re talking about,” he said.”

And in Mark 14:66-67, we read, “While Peter was below in the courtyard, one of the servant girls of the high priest came. When she saw Peter warming himself, she looked closely at him and said, “You also were with that Nazarene, Jesus.” But he denied it, saying, “I don’t know or understand what you’re talking about.”

So we see that the first denial was in response to a servant girl who accused Peter of being with Jesus. Peter’s response was to deny it and say that he didn’t know what she was talking about.

The second denial took place in the gateway of the courtyard.

In Matthew 26:71, we read, “Then he went out to the gateway, where another servant girl saw him and said to the people there, “This fellow was with Jesus of Nazareth.”

Now we see that the second denial was in response to a different servant girl who accused Peter of being with Jesus.

But Peter once again denied it, showing that he had not learned his lesson from the first denial. And because he was anxious and afraid, he probably couldn’t remember the words Jesus had spoken to him.

The third and final denial took place inside the courtyard.

In Matthew 26:73-74, we read, “After a little while, those standing there went up to Peter and said, “Surely you are one of them; your accent gives you away.” Then he began to call down curses long and loud on himself, and he swore to them all, “I don’t know the man!”

The third time Peter even took it a step further by not only denying that he knew Jesus but also cursing and swearing. This was the final straw, and there was no turning back after this.

After the third denial, we read in Matthew 26:75 that “Immediately a rooster crowed. Then Peter remembered the word Jesus had spoken: “Before the rooster crows, you will disown me three times.” And he went outside and wept bitterly.”

And in Mark 14:72, we read that “A rooster crowed the second time. Then Peter remembered what Jesus had said to him: “Before the rooster crows twice you will disown me three times.” And he broke down and wept.”

As soon as the rooster crowed, Peter remembered what Jesus had said to him, and he was filled with remorse for what he had done. He went outside and was disappointed, realizing that he had denied the one he loved the most.

So, Why Did Peter Denied Jesus Christ 3 Times?

Although we can’t know for certain, there are a few possible reasons why Peter denied Jesus. We can see it in four different ways when we put ourselves in his shoes.

1. The Pressure of The Crowd.

When Jesus was arrested, all the disciples fled (Matthew 26:56). Except for Peter. He followed at a distance and ended up in the courtyard of the high priest, where he warmed himself by the fire (John 18:18).

It was there that he was confronted by a servant girl and then by some other people who knew him. Each time, he denied knowing Jesus.

It’s possible that he was feeling the pressure of the crowd. He may have been worried about what would happen to him if he was caught associating with Jesus.

Another possibility is that Peter feared death. He had seen how brutally Jesus had been treated and he may have thought that the same thing would happen to him if he was caught.

Every human when faced with the fear of death will do everything possible to avoid it. And that may have been what was going through Peter’s mind when he denied Jesus.

Ultimately, the reason why Peter denied Jesus was because of his fallen human nature. He was not perfect. He made mistakes.

After Adam and Eve sinned, their nature was changed. They became fallen creatures. And ever since then, every human being has been born with a fallen nature.

This means that we are all prone to making mistakes, doing things that we shouldn’t do, and contracting sinful habits.

Peter’s denial of Jesus is a result of his fallen human nature.

The Bible doesn’t say for sure whether or not Satan was involved in Peter’s denial, but it is a possibility.

What is The Lesson of Peter’s Denial?

The lesson that we can learn from Peter’s denial is that we should never put our trust in ourselves. We are fallen creatures. We are prone to making mistakes. And if we rely on our own strength, we will fail.

Instead, we should put our trust in Jesus Christ. He is the only one who is perfect and who will never let us down.

When we trust in Christ, we can overcome any temptation or trial that comes our way. And no matter how many times we may fail, He will always be there to forgive us and to help us start again.

Jesus’ forgiveness to Peter is a great encouragement to us all. It shows us that no matter what we have done, we can always come to Him and find forgiveness and new life.

This doesn’t mean that we will never make mistakes again. But it does mean that we can always find forgiveness and love in Christ.

When Did Peter Denies Jesus?

Peter’s denial of Jesus occurred after the Last Supper when Jesus was arrested by the authorities. Peter was with Jesus at the time, and when the soldiers came to arrest Jesus, Peter drew his sword and attempted to defend him by cutting the ear of a guard.

However, Jesus told Peter to put away his sword, and after that, he followed Jesus willingly as he was led away to be crucified. It wasn’t until after Jesus had been sentenced to death that Peter denied knowing him.

When a maidservant confronted him about being one of Jesus’ disciples, Peter swore that he didn’t know him and even went so far as to curse.

How Did Peter Feel When Denied Jesus?

The words that describe how Peter felt after he denied Jesus is found in Matthew 26:75 and are “wept bitterly”. Wept bitterly means to weep with great sorrow or remorse. It is the strongest way to say that someone is crying or is disappointed.

So, what is the lesson of Peter’s denial? We learn that we are all capable of denying Jesus Christ. No one is immune to sin and temptation.

Even someone as close to Jesus as Peter was able to deny Him. The important thing for us is not to become discouraged when we fail but to repent and continue following Him.

We hope that this article has helped you to understand more about the story of Peter’s denial and the lessons that we can learn from it. If you have any further questions, please don’t hesitate to contact us. 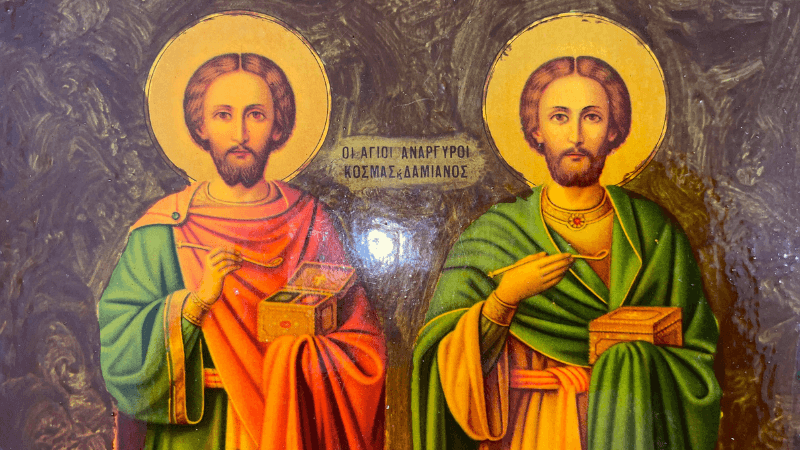 In this post, we'll explore the differences between saints and angels, and learn more about what each group is meant to do. Stay tuned! 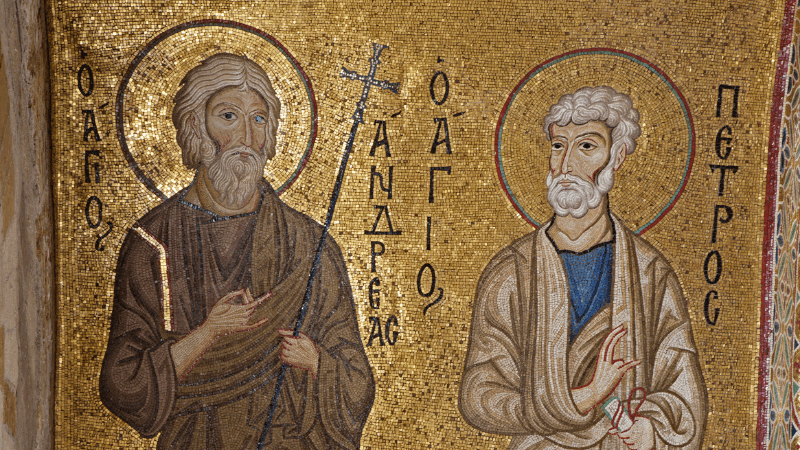 In this blog post, we will explore the evidence for and against Saint Peter's upside-down crucifixion. We will also answer the question once and for all! 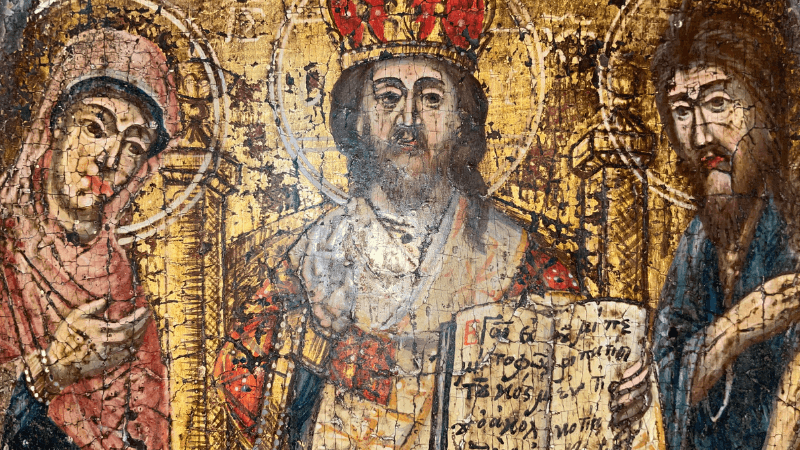