How Many Verses Are in The Bible? (You Will Be Shocked)

All people know that the Bible is a large book that includes dozens of other books.

Many also quote verses from the Bible, but the question arises, how many verses are there in the Bible and who divided the Bible into chapters and verses? In this article, we will discuss all these topics.

Did the Bible Have a Division into Chapters And Verses?

Initially, the sacred texts of the Old and New Testaments weren’t divided into chapters, they contained a continuous text that didn’t even have punctuation. During the life of Christ, the Old Testament consisted of long scrolls that people kept in flasks and could carry with them.

For example, in 1947, the Qumran Caves Scrolls were found in the caves of the Judaean Desert, some of which were written in 135-104 BC.

From this archaeological discovery, we can conclude that, for example, the Book of Isaiah was written in the continuous text without any punctuation marks.

In ancient times, it wasn’t customary to read individual parts of the manuscript, the entire scroll was read in full, so that’s why the Qumran Scrolls weren’t divided into chapters and verses.

The writers of the Bible didn’t divide the text into chapters and verses and recorded the message from God without divisions.

However, before the birth of Christ, there were attempts to divide the Old Testament into separate parts.

Who Divided The Bible into Chapters?

In ancient history, the Jews divided the Old Testament into sections, which were called pesukim. Pesukim had different sizes. Often pesukim were equal to the modern Bible verse.

For example, there were more than five thousand pesukim in the Pentateuch. There was also a division into larger departments – sedarim. Accordingly, the Pentateuch was divided into 154 sedarim. Later, the Jews began to divide the Old Testament into parashah.

The Pentateuch was divided into 669 parashiyot. However, not every holy scripture had such a division and it couldn’t be unified.

Over time, people realized that the absence of chapters creates many difficulties since it was very hard to find individual parts of the text in papyrus without punctuation. After the life of Christ and his apostles, the Bible expanded and consisted of a large number of books: 39 books of Hebrew Scriptures and 27 Greek books.

The Byzantines were the first Christians to try to divide the Bible into parts, this division was called kephalaia. However, this system had several drawbacks and wasn’t identical to the modern division of the Bible into chapters.

Each passage of such Byzantine Bible had a strong difference in length and the system itself was more like bookmarks in the text that helped people find a certain episode of the Bible.

After that, there were several attempts in history to divide the Bible into parts, for example, Eusebius of Caesarea divided the Gospels, also a division is found in the ninth-century manuscript of Tours, but none of these divisions became widely used and they were all far from the modern division of the Bible into chapters.

It’s believed that the Bible was divided into full chapters for the first time by the English priest Stephen Langton, who was chancellor of the University of Paris.

This happened at the beginning of the 18th century in Paris. Theologians had also tried to separate the Bible before, but many different systems were incompatible with each other.

Langton noticed this when students from different countries came to Paris with their Bibles, where there were different divisions into chapters.

All this complicated the learning process. This is what prompted Langton to create a new system of division of the Bible, which was introduced into the Hebrew and Greek Bibles.

This system is used in most Bibles up to the present day. And although it became popular, back then many editions of the Bible were still published without using the division of the text into chapters.

Who Added The Division into Verses?

The first significant division of the Bible into verses appeared in the 16th century. This was done by the Parisian philologist Robert Etienne. Although many Jewish scribes before his work divided the Hebrew Bible into verses, however, there were no chapters in such books. They also didn’t have any unified system for this.

Although the Biblical scholar Santes Pagnino was the first to divide the chapters of the New Testament into verses, his system didn’t become popular because the verses were too long.

Etienne took the Old Testament, which had already been divided into verses, and combined it with the New Testament, where he introduced his new system of numbered verses.

In 1553, thanks to his work, the first Bible appeared, in which there weren’t only chapters, but also a division into verses. Society mostly liked this system and Bibles began to be printed with such division.

For example, in the Geneva Bible, which was printed in 1560, chapters and verses were already used. It was the first such Bible in English. This version of the Bible has become popular, so this system has spread all over the world and almost all Bibles use it up to our time.

So, How Many Verses Are There in The Bible?

After we have analyzed the history of the Biblical division into verses, we can see the long-awaited answer to the question.

The least amount is in The Third Epistle of John – 14.

And in total there are 1,189 chapters in the Bible.

Jesus wept” is the shortest verse in the English Bible, as well as in many other Bible translations.

The Qumran scrolls discovered in 1947 were able to help scientists find out that the verses of the Bible hadn’t had any major changes in a thousand years, although other ancient works changed significantly during rewritings.

There are 783,131 words in the Bible, with 77 percent of this number being in the Old Testament and 23 percent in the New Testament.

The longest verse in the Bible is Esther 8:9 which consists of 90 words.

Thus, we have considered the history of the Biblical division into chapters and verses. And although the original text of the Bible had no separation, people did it for greater convenience in the study and worship.

Of course, such numbering can divide the text in unexpected moments, which allows us to use part of the scripture out of context, but thanks to this we can easily find the right quote from the Bible.

But we should also not forget that it’s important to see and perceive the message from God as a whole, and not in separate sentences. 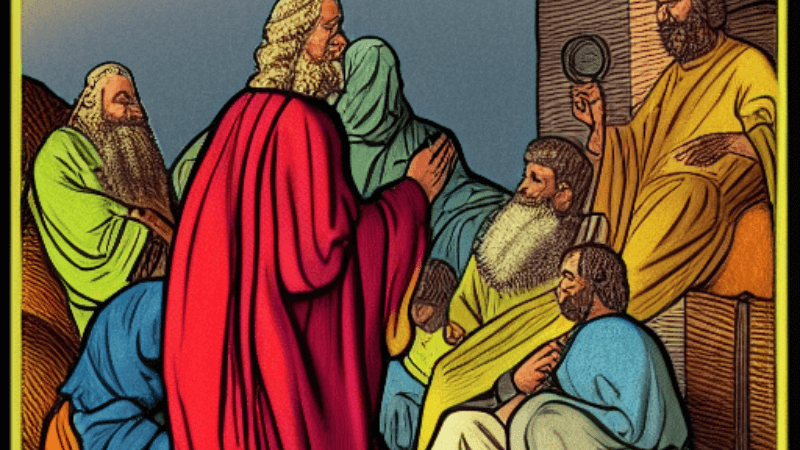 Where Two or More Are Gathered (Matthew 18:20 Meaning)

"For where two or three are gathered together in my name, there am I with them.” What Does This Bible verse mean? Read to finally learn the truth! 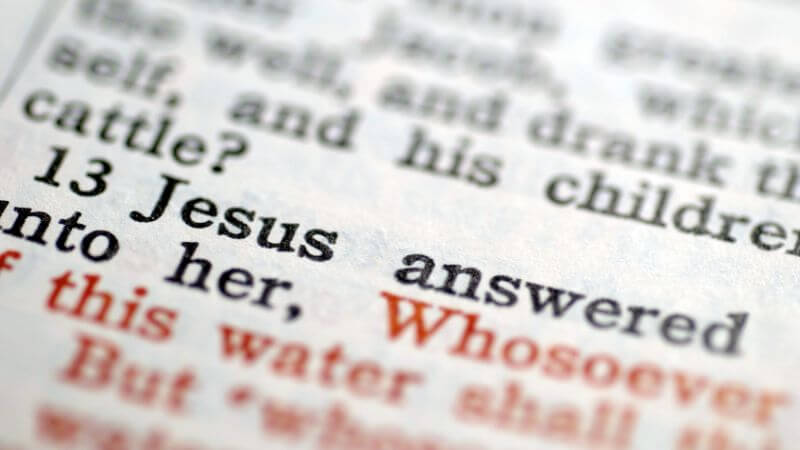 15 Scriptures to Use When Praying (Bible Verses About Prayer)

These 15 bible verses will help you get back to God and pray again. Keep reading to learn them!

Uncover the differences between the Torah and the Old Testament in this comprehensive guide!