Some say that because of his actions, he could not have possibly been forgiven and thus would not have gone to heaven. Others believe that since Jesus is all-powerful and forgiving, Judas must have been forgiven for his betrayal.

So which is it? Did Judas go to heaven or hell? Let’s take a look at what the Bible says about this matter.

Who Was Judas Iscariot?

Judas was one of the twelve original Apostles chosen by Jesus Christ himself. He was with Jesus from the beginning of his ministry and was even a witness to the miracles that Jesus performed.

He was born in the town of Kerioth and was the son of Simon Iscariot. His name is often mentioned along with the other disciples, such as Peter, James, and John.

Why Did Judas Betray Jesus?

“As soon as Judas took the bread, Satan entered into him.”

This would explain why Judas later regretted his actions and tried to return the thirty pieces of silver that he was paid for betraying Jesus. Even though he was motived by Satan, Judas still had a choice in whether or not to go through with the betrayal.

Other theories propose that Judas was simply greedy and wanted the money that he would be paid for betraying Jesus, or that he was jealous of the other disciples and wanted Jesus all to himself.

Although we may never know the exact reason why Judas betrayed Jesus, we do know that he regretted it afterward.

In Matthew 27:3-5, Judas returns the thirty pieces of silver to the chief priests that he was paid for betraying Jesus and says, “I have sinned, for I have betrayed innocent blood.”

When Judas realized what he had done, he was filled with remorse and hanged himself. Now, according to another source in the Bible, the Book of Acts, Judas fell headfirst and his body burst open (Acts 1:18).

“With the payment, he received for his wickedness, Judas bought a field;  there he fell headlong, his body burst open and all his intestines spilled out. Everyone in Jerusalem heard about this, so they called that field in their language Akeldama, that is, Field of Blood.”

Read Also: Are Adam and Eve in Heaven?

So, Did Judas Go to Heaven or Hell?

To answer this question we need to look at what the Bible says about forgiveness and repentance.

Blasphemy against the Spirit is when someone rejects the Holy Spirit’s work in their life to the point where they are no longer able to repent. In other words, they have become so hardened in their sin that they can no longer see their need for a Savior.

Speaking against the Son of Man is when someone rejects Jesus Christ as the Son of God and refuses to believe in him, so this isn’t the reason for Judas.

Read Also: What is Theosis? Everything About Orthodox Deification

Suicide As A Sin.

Now, let’s look at Judas’ case. When Judas realized what he had done, he was filled with remorse and returned the thirty pieces of silver. He then went out and hanged himself.

According to Eastern Orthodox teachings, suicide cannot be forgiven because it is a rejection of God’s gift of life. So, if Judas did indeed commit suicide, then he would not be able to receive forgiveness and would go to hell.

Now if we put aside for a moment the fact that Judas committed suicide, and look at his remorse and repentance, it is possible that he did ask for forgiveness before he died.

In that case, it’s up to God to decide whether or not to forgive him.

The Fact About Judas Fate.

The fact is in the Book of Acts we do know that after Juda’s death the Apostles needed to find someone to take his place as one of the Twelve (which was Matthias). They did this by prayer and casting lots.

“Therefore it is necessary to choose one of the men who have been with us the whole time the Lord Jesus was living among us, beginning from John’s baptism to the time when Jesus was taken up from us. For one of these must become a witness with us of his resurrection.”

“So they nominated two men: Joseph called Barsabbas (also known as Justus) and Matthias. Then they prayed, “Lord, you know everyone’s heart. Show us which of these two you have chosen to take over this apostolic ministry, which Judas left to go where he belongs.” Then they cast lots, and the lot fell to Matthias; so he was added to the eleven apostles.”

Now that we covered the main points, let’s look at some other facts about Judas Iscariot:

Related Read: Do You Have to Be Baptized to Go to Heaven?

Why Did Jesus Forgive Peter And Not Judas?

Peter and Judas were two of Jesus’ closest disciples. Judas betrayed Jesus by leading the authorities to him, while Peter denied knowing him.

Did The 12 Apostles Go to Heaven?

The 12 apostles were the foundation stones of the early Christian church. All except Judas remained loyal to Jesus to the end. After Jesus’ resurrection, they continued to preach his message and establish his church. But what happened to them after they died?

All the Apostles except Judas went to heaven, according to Christian tradition. Judas, as we mentioned before, is believed to have gone to hell because he betrayed Jesus.

So, Did Judas Go to Heaven or Hell? According to the Bible, Judas Iscariot went to hell. Some people may disagree with this interpretation and believe that he may have gone to heaven instead, but the Bible is clear about his fate.

We hope this article was helpful. If you have any questions, please feel free to contact us. 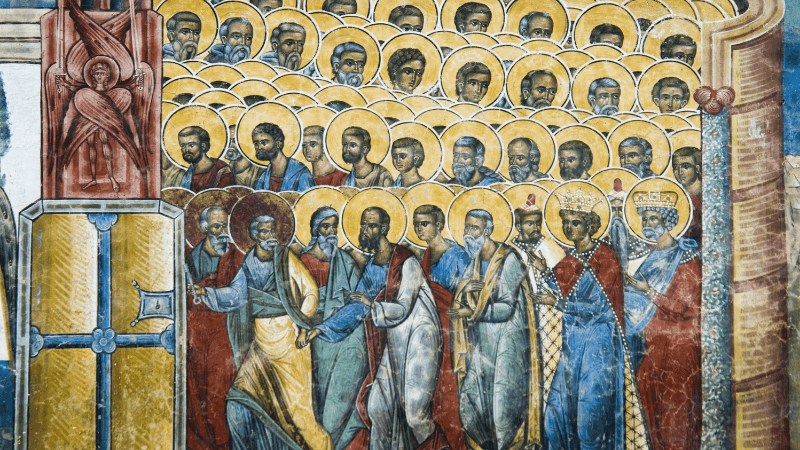