Can We Go to Heaven With Piercings? Answered!

Many people wonder if a person who changes his appearance with the help of piercing can be a true Christian, is it a sin, and does such a person go to heaven?

This is quite a serious topic, especially in our modern culture. In this article, we will answer these questions!

For many people, self-expression becomes a kind of idol around which their whole life is built. However, the Holy Scripture offers us a different picture of the world.

The New Testament says that our main goal should be to worship God and all our desires should correspond to God’s will.

In the second chapter, the epistle to the Ephesians says:

“And you were dead in the trespasses and sins in which you once walked, following the course of this world, following the prince of the power of the air, the spirit that is now at work in the sons of disobedience among whom we all once lived in the passions of our flesh, carrying out the desires of the body and the mind, and were by nature children of wrath, like the rest of mankind.”

That is, spiritual deadness is characterized by the fact that a person becomes a slave to his lust and desires, and a person who comes to Christ dies for his desires for the sake of life for Christ.

Read Also: Can We Go to Heaven With Tattoos?

But What Should Life be Like According to Jesus?

Christ has repeatedly spoken about the importance of saving the soul, and the importance of assimilating the character of Christ and life with the help of Christ, due to his desires. These factors should drive the Christian in his life.

Why Does The Question of Piercing Appear?

If all people lived as Christ told them, such questions would hardly arise. However, instead of living according to Christ, some people choose another doctrine, “how close can one come to sin so as not to sin?”

But it is worth asking the question, how can one get as close to Christ as possible? How can his goals be achieved, including with regard to appearance?

Does The Bible Say What Christians Should Look Like?

In the second chapter of the epistle to Titus, it says ” teach the older women to live in a way that honors God” “And you yourself must be an example to them by doing good works of every kind.

Let everything you do reflect the integrity and seriousness of your teaching and soundness of speech that cannot be condemned, so that an opponent may be put to shame, having nothing evil to say about us.”

If we summarize everything that is said in this chapter, we find indications not only of the moral character of a Christian but also of his appearance.

First of all, the mentioned appearance is decent for holiness. This statement is timeless, in any period of time there are concepts that are more or less decent. Believers should also adhere to features that are decent for society, and avoid other features.

In the modern world, excessive piercing is an extreme form of self-expression, in other words, it’s a marginal phenomenon. If earrings are completely part of the norm of the society in which we live and correspond to the ideas of beauty, then excessive piercing or piercing in non-traditional places is a challenge to society.

Even in our modern society, the phrase “to live in a way that honors God” doesn’t correspond to a person who has a piercing on his lip, nose, or around the entire ear.

The second important phrase in this passage of scripture is “So that an opponent may be put to shame, having nothing evil to say about us.”

In other words, if your appearance in some form will cause criticism from someone, then for the sake of this it’s worth avoiding such forms of self-expression.

You May Also Like: Who Will Not Go to Heaven According to The Bible?

Is This A Sin?

Sin is a spiritual wound that a person inflicts on himself, contrary to the words of God.

Piercing as a physical thing isn’t a full-fledged sin in the general sense of the word, however, the mental state of a person, whose desires are so important that he’s ready to make such changes in his body, is a sin because in this case, a person doesn’t take into account the desires of the Lord.

In the book of Leviticus, in chapter 19, verse 28, it says, “You shall not make any cuttings in your flesh for the dead, nor print any marks upon you:” This prohibition existed in the context of mourning actions that were performed after the death of loved ones.

Thus, the Lord fought against the manifestation of paganism among the ancient people. The customs of self-harming were also common among the pagans of the Golden Horde, and even to this day, we can meet African tribes practicing such things.

The main idea of the Holy Scripture indicates that there is no flaw in the human body, the introduction of something into the body is a challenge to God, a meaningless ritual.

In the New Testament, it is written: “Therefore, I urge you, brothers and sisters, in view of God’s mercy, to offer your bodies as a living sacrifice, holy and pleasing to God—this is your true and proper worship. ” (Romans 12:1)

The meaning of this statement is that we shouldn’t adopt any fashionable actions, but instead improve ourselves spiritually. The acceptance of fleeting trends is characteristic of people who pay their main attention to fashion rather than spirituality.

Of course, the modern world is basically not connected with the Old Testament pagans, but the essence of the senselessness of such actions and an unnatural attempt to change the body given by God remains the same.

Does A Person With A Piercing Go to Heaven?

Putting your desires in the first place can happen to each of us, for example, many people can commit the sin of gluttony. This action doesn’t at all correspond to the desire of God, however, in the case of repentance of our sin, this doesn’t deprive us of paradise.

The same applies to piercing, just instead of eating in this case, the physical manifestation of sin is decoration.

A Christian must live according to God’s law, and all his actions must conform to the Bible. “So whether you eat or drink or whatever you do, do it all for the glory of God” (1 Corinthians 10:31).

The Bible doesn’t explicitly prohibit piercing, but there is reason to believe that piercing cannot be pleasing to God.

The life of a Christian should also be modest: “I also want the women to dress modestly, with decency and propriety, adorning themselves, not with elaborate hairstyles or gold or pearls or expensive clothes” (1 Timothy 2:9).

Wearing decoration that goes beyond modesty and causes confusion to others isn’t a modest act.

Such decorations will always attract unnecessary attention, which means that a Christian deprives himself of modesty and goes against God’s desire.

The Bible also tells us that if a person doubts whether something is a sin, it’s better to refrain from it. “But whoever has doubts is condemned if they eat, because their eating is not from faith; and everything that does not come from faith is sin” (Romans 14:23).

Read Also: Should Heaven Be Capitalized?

It’s important to remember that your body is a temple of the Holy Spirit living in you, and we are called to glorify God not only in the soul but also in the body.

There is nothing wrong if a person wants to look good within their culture, but the practice of deviant things takes a person away from peace and challenges not only society but also God. 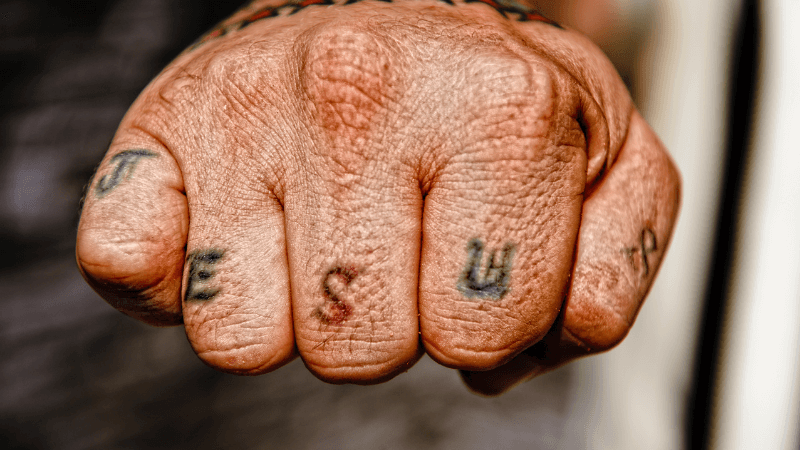 From ancient texts to modern interpretations, explore What Does Heaven Look Like and learn about the evelasting kingdom of God

How Far is Heaven From Earth? The Truth!

Want to know how far away heaven is from Earth? This post has the answer!